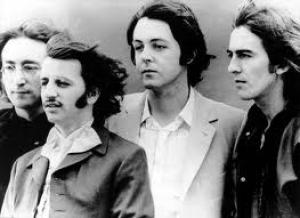 The Beatles on Film

Discovering the joy of the barely believable story and epoch defining music of a certain Liverpudlian quartet in a small time window during the second half of the 20th century seems to be an experience that will long outlive all those who lived through it. A good place to find out what all the fuss was about is to work through their feature film output, and to examine some of the better films that are centred on their story, or parts of it. As opposed to the Elvis Presley film legacy, the Beatles were well served in the main, by the cinematic medium, leaving a body of work to be envious of, crucial visual documents of a miraculous time. Presley, ironically, was their hero, but even they were quick to condemn the hackneyed scripts and hack directors that the ‘King’ was lumbered with. The pity of it was that Elvis had so much charisma and star power he could make even these clichéd atrocities profitable, and so the formula remained unchallenged as Hollywood never saw him as anything except a cash cow, and they milked him accordingly. The Beatles were not particularly well placed to do much better, the British equivalent of Elvis, the lightweight Cliff Richard had made a series of unremarkable films to exploit his popularity, and he suffered the same fate as Elvis, formula drivel for non demanding fans.

The Beatles story is revealed in some depth with the ‘documentary’ bookends of the fable, the twin pronged The Beatles: The First US Visit  and A Hard Day’s Night  at the beginning and the (almost) warts and all Let It Be at the fractious end.  In Britain in 1963, The Beatles manager, Brian Epstein, struggled with any precedents with which to guide his career and business decisions with his red hot band, and managed to make some glaring mistakes. The royalty rate he extracted from EMI was very low, and the failure to cement a commitment from Capitol in America, EMI’s sister company across the pond was a failure. Unsure of how the arc of the career would play out for the incredibly popular act, Epstein signed contracts some time ahead that meant the most popular band of all time toured areas like Australia and the Far East for pennies. Epstein could not have known the extent to which America would fall in love with his boys in early 1964, but nevertheless he entertained many propositions to exploit the bands success, infamously selling the Beatles American merchandising options for a mere 10% share.

Remarkably, in late 1963 an American film company, United Artists came knocking, interested by the fuss they were stirring in England and on the Continent, and the band happily signed a three picture deal with the Americans under the aegis of producer Syd Bernstein, The deal proved to be a fortuitous one, with UA getting in before massive American success in early 1964 propelled Beatlemania to a global phenomenon. The Beatles landed in New York barely 8 weeks after the Kennedy assassination had rocked the United States to its core, the country needed a distraction and the Northern English brand of effervescent Rock and Roll proved the ideal tonic. Granada TV also made the wise decision of contracting documentary makers the Maysles Brothers to film the event, resulting in the marvellous, The Beatles: The First US Visit, a brilliant document of the tour. The band dominated the singles and albums chart, and smashed all records with landmark appearances of The Ed Sullivan Show. Bernstein and United Artists now had the hottest act on the planet at their disposal and needed a plan to create a suitable feature film.

As with all aspects of their career The Beatles refused to be puppets at the mercy of showbiz corporate might, and they sculpted the films they wanted, specifically wanting to avoid the hackneyed and clichéd fare of Cliff Richard. They demanded a writer with credibility, and duly signed on a respected Liverpudlian playwright to follow them around and construct a script based on their experiences. They also wanted a director with flair, one that could take chances and harness the essence of their philosophy, and after learning of Richard Lester’s Peter Sellers and Goon credentials they approved the talented American. The resultant film, A Hard Day’s Night,  raised the bar for what a feature film based around a ‘pop’ group could achieve and remains a staple of best of lists for any 1960’s film list.

They took somewhat of a creative back seat with their follow up film, Help!  which was more an admission of the gruelling schedule and time constraints than lack of interest. The result was a fun romp that took the piss out of the then popular ‘spy’ film genre, but the cutting edge of their first film is missing. The lads focused on revolutionising the music scene by producing Rubber Soul, Revolver  and Sergeant Pepper’s Lonely Hearts Club Band  in the gap between that film and their TV movie Magical Mystery Tour.  The band directed Magical Mystery Tour  themselves, McCartney doing most of the heavy lifting, and produced a heavily criticised and misunderstood film, confusing and confounding the mainstream post Xmas audience. The film remains a fine, if episodic record of the time, with many highlights, notably Lennon’s psychedelic masterpiece I Am the Walrus. 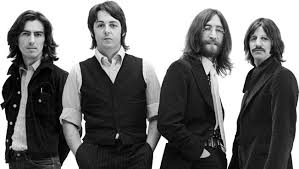 King Features, the company that produced the popular ABC TV cartoon series on the group, pitched an idea to United Artists for a colourful and groundbreaking animated feature based on the bands songs, and Yellow Submarine  became a classic of its kind. The band had minimal input into the production, but the spirit of the times and the heart of the 1960’s counter culture are beautifully captured in stunning, swirling colour. The film became tremendously popular with acid heads, and its trippy vibe continued the psychedelic influence and pushed the boundaries of what an animation could achieve. The band contractually appeared at the end in a short live action sequence, and provided many gems to the soundtrack, possibly the richest in any Beatle film. Ironically they thought this film would complete their contract with UA, but because of their minimal involvement it was determined the finished product would not count, and one more film would be needed to fulfil the contract Epstein signed in 1963.

The final instalment is the documentary of the burn out and break up that was probably inevitable given the incendiary nature of the preceding years. After peaking in 1967, both artistically and commercially, the boys were looking for a different path, and explored eastern mysticism and a desire to reach a stripped back, earthier aesthetic. The loss of their manager Brian Epstein, who died prematurely at 32, left the band rudderless and the fracturing became more pronounced as both Lennon and McCartney found life significant partners in Yoko and Linda respectively.
Let It Be  is the record of a band attempting to find a way forward by looking back, trying to discover the thing that sparked their fascination a mere decade or so earlier. Inevitably the music holds centre stage as the band struggles to contain the increasingly divergent personalities, but manages to create some beautiful and authentic performances nevertheless. A riveting if bittersweet tombstone.

In the decades since their demise there have been several related Beatle bio-pics that manage to capture something of the incredible story, the best of these being Nowhere Boy  and Backbeat. Ringo continued to act, doing well in the rock and roll based Stardust  and That’ll Be The Day  and Apple films produced several oddities, including the almost un-watchable Harry Nilsson and Ringo vampire spoof, Son of Dracula,  inexplicably directed by ace cinematographer Freddie Francis. George carved out a significant reputation with his bespoke company, Handmade Films, after financing Monty Python’s Life of Brian  in a fit of ebullience and generosity, and they provided a distinguished roster of British films through the ‘80’s and ‘90’s. Paul and John largely stayed clear of features after the band broke up, an exception being McCartney's egregious Give My Regards to Broad Steet  in the '80's. 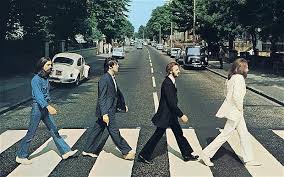 The story of the Beatles will continue to fascinate and beguile for generations to come, the core of the appeal is of course the astonishing music, but for a glimpse of the personalities involved any of the filmed records are essential viewing for attempting to understand the phenomenon that was. It is amazing to reflect on the achievements of the four lads from the rough northern English port town, and we can be sure their like will not come again; the conditions can never be replicated. In a modern sense it defies belief that pop stars took up so much of the mainstream media’s attention, and scarcely credible that their every utterance and movements were front page news, but they were. The Beatles own Anthology  series may be their definitive telling of the story, and it is a signal instalment in the catalogue of content related to the fable, and essential viewing, but with a story so attractive, and on the back of All These Years, Mark Lewisohn’s literary epics, it seems certain there’s much more to come.

The Beatles; The First US Visit
A Hard Day's Night
Help!
Magical Mystery Tour
Let It Be

Nowhere Boy
Backbeat
Two of Us