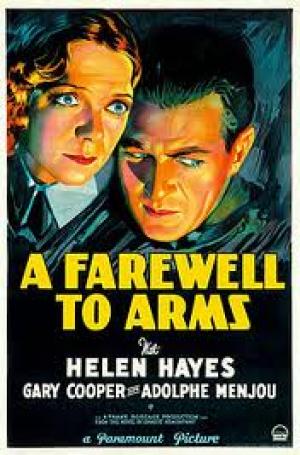 A Farewell To Arms

Ernest Hemingway hated Frank Borzage's 'A Farewell to Arms', the first film adaptation from his writing. Not having seen it did not prevent him from loudly and publicly venting his spleen. According to the N.Y. Daily News, when Paramount planned a private screening in Piggott, Arkansas (Yes, the town that 25 years later would be the location for Elia Kazan’s 'A Face in the Crowd' !) where the writer was living at the time, he wired them, “Use your imagination as to where to put the print, but do not send it here.” It is not known where he put the $80,000 that he received when he sold the rights.

Truth to tell, if or when Hemingway did see the film, he would have found that it only retained his book’s marketable title, the story’s main situations, and some of its dialogue. As Mordant Hall wrote in his N.Y. Times review, “It is Mr. Borzage rather than Mr. Hemingway who prevails in this film.” In the context of the daily paper, this does not appear to be complimentary. However, there are many who consider 'A Farewell to Arms' to be Mr. Borzage’s first masterpiece of the sound era, and Mr. Hemingway’s novel to be rather dated and even sophomoric. Where the book is about futility and despair, the film is about the transcendent power of love, the central theme of Borzage's oeuvre from 1915 to 1960, ignoring current fashions, though not the social and political milieus in which he worked.

The 1929 novel had been adapted for Broadway by Laurence Stallings, the author of What Price Glory? and some of John Ford's best scripts, including She Wore a Yellow Ribbon. The play, which starred Elissa Landi and Glenn Anders, was directed by Rouben Mamoulian who would soon be directing at Paramount himself. Some of the subject matter, pre-marital sex, illegitimate birth, desertion, and a less than favorable view of the Italian Army was problematical, even in the pre-Code years, and had defeated previous holders of the option, Warner Brothers and MGM, but Paramount, a studio accustomed to working in a more sophisticated mode, felt that they could handle it. As with 7th Heaven five years earlier, everyone in Hollywood wanted to be in this one. The talk at first was of Frederic March and Claudette Colbert, but Cecil De Mille grabbed them both for The Sign of the Cross. Then Gary Cooper and Nancy Carroll were scheduled to play under the direction of the pedestrian Richard Wallace, but after the studio replaced Wallace with the more promising John Cromwell, the leads went to Cooper and Ruth Chatterton.

When Borzage dropped out of Cavalcade at Fox, Paramount immediately made one of those amazingly astute decisions and hired him for 'A Farewell to Arms'. He wanted Eleanor Boardman, former wife of King Vidor and leading woman of his The Crowd and Borzage's The Circle, but at the suggestion of Irving Thalberg, the studio borrowed Helen Hayes from MGM. Cooper was somewhat intimidated by Hayes who was considered then and for many decades to come the First Lady of the American Theatre, but Borzage had faith in Cooper and insisted that he was the right man for the part. Both stars were nervous about the difference in their heights, and in the film, there are few shots of both of them on their feet. Gary Cooper was excellent as usual, and Helen Hayes, who tended to be a bit "stagey" on the screen, delivered her most natural and subtle film performance here. Nearly sixty years later, she wrote in My Life in Three Acts, "Never working in films have I felt as comfortable with a director as with Frank Borzage, who had a wonderful gift for intimacy: he knew how to get inside an actor's heart and mind, and that rapport gives a special glow to his films."

Paramount gave their all to this film. The budget was $900,000 (the average at the studio in the early thirties was $300,000), and a generous eight weeks was provided for shooting. Charles B. Lang, who shot many notable and some great films between 1926 and 1973, was the cinematographer, and the art director was Hans Dreier who designed twelve films for Sternberg and ten for Lubitsch. Because Borzage detested War (battle scenes in '7th Heaven' were shot by John Ford), Romanian artist Jean Negulesco, director of some fine films in the forties, was in charge of a montage of front-line brutality, so powerful that it appears to have inspired Pablo Picasso's monumental Spanish Civil War painting Guernica. The entire cast and crew were at their best on 'A Farewell to Arms', and everything works.

For a 1938 reissue, increased censorship caused about ten crucial minutes to be cut, and a shot of a wedding ring was added. Practically all of the Public Domain DVD's and online streaming currently available are of this short version. The 2012 blu-ray and DVD released by Kino, at 89 minutes, is virtually complete and essential for appreciating this masterful film. 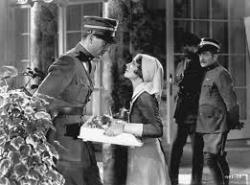 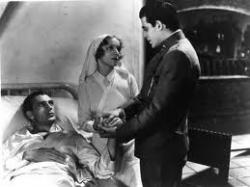 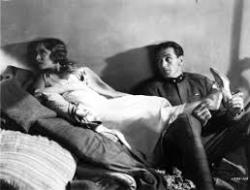 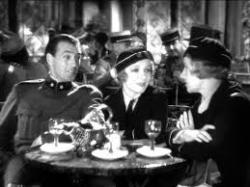 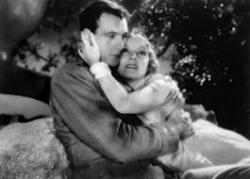