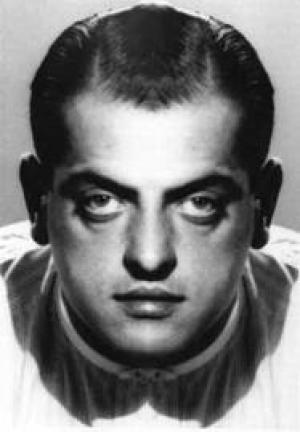 Luis Buñuel was a Spanish artist associated with the surrealist movement in Paris in the early part of the 20th century. Un Chien Andalou was his first collaboration on film with Salvador Dali in 1926 and became a scandalous success, followed by L'Age d'Or in 1930 which was an even bigger scandal and brought Buñuel into conflict with the Catholic church, and not for the last time. Exiled from Spain due to civil war Buñuel started making films in Mexico and made several important and enduring features, notably Viridiana, and The Exterminating Angel. Buñuel continued to challenge Church hegemony and dogma and to make his case for social justice through his excoriating and biting commentaries.

Buñuel relocated to France in the early '60's and proceeded to make the masterpieces of surreal and political thought that constitute his unique legacy, including the highly successful Belle De Jour, an examination of the link between capitalism and sex. Buñuel continued to make compelling films until 1977 and his last masterpiece, That Obscure Object of Desire, at age 77 and his legacy is a retinue of remarkable cinematic achievements rich in humour and wit and scathingly satiric and insightful.

The Phantom of Liberty

That Obscure Object of Desire

The Discreet Charm of the Bourgeoisie

Simon of the Desert

Diary of a Chambermaid