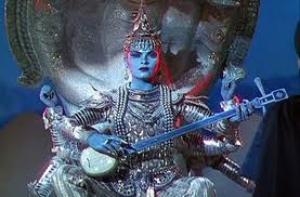 The Thief of Bagdad

After seeing Powell's first truly 'auteur-ist' film, 'The Edge of the World', the titan of British producers, Alexander Korda, gave Michael Powell his first major job directing a war film called 'The Spy in Black'. Another project, a far east epic called 'Silver Burmese' was abandoned, after a long and detailed trip to Burma, hilariously outlined in Powell's inimitable style in Volume 1 of his autobiography, and Conradt Viedt was cast as the Nazi in the wartime spy drama. prior to the film's release Viedt told Powell Korda was putting all his effort into a make-or-break epic, and soon Powell was summoned by Korda to direct part of the epic fantasy, 'The Thief of Bagdad' in 1940.

Powell had envisaged the young star of 'Elephant Boy', Sabu, to be the star of his Burmese saga, also for Viedt to be involved, so he was pleasantly surprised to be working with them both on this film. A lovely fairy tale of a film, this one has it all. The look of the film is stunning, a technicolor so vibrant it leaps out at you and beggars belief that it could have been mounted in wartime London. The cinematographer was legendary Frenchman Georges Périnal, a favourite of René Clair's and he would win the Academy Award for 'The Thief of Bagdad'. Powell would use Périnal again on his wartime parable 'The Life and Death of Colonel Blimp'. Powell's last day on the film was in fact the day Chamberlain announced Britain to be at war with Germany. Powell and Korda never made their Burmese epic, but Powell would later put the techniques used here to create amazing Arab cities to good use in creating the unforgettable Himalayan monastery in ‘Black Narcissus’.

The tale of 'The Thief of Bagdad' is one of good vs evil, but invested with much style and wit by screenwriters Miles Malleson and Lajos Biro. The setting involves medieval Arabian kingdoms with princesses, Genies, flying carpets and William Cameron Menzies, who as fate would have it had worked on the original silent film of the same name with Douglas Fairbanks, designed the amazing special effects. The multi armed statue that comes to life, the mechanical horse that flies are beautiful constructions that lure us into the dreamlike world of this fable. It's apt that Menzies was fresh from working on Selnick's epic 'Gone With The Wind' as 'The Thief of Bagdad' comes closest as an example of producer-as-auteur in British film as Selzick's does in America. Korda also wanted to cast Vivien Leigh as the Princess, but she left for Hollywood and world stardom prior to production commencing.

Conrad Veidt is a superb villain as Jaffar, almost dominating the screen performance wise. Justin is a little twee as the Prince, but then the role is more derring-don’t than derring-do. The thief, played by Sabu, is the real star, and appropriately enough he steals every scene he’s in. Michael Powell's mentor from his days as an assistant in France for the French arm of MGM, Rex Ingram, played the Genie, providing a nice link to Powell's roots. Ingram was one of the true Hollywood originals, and as a director was responsible for the epic 'The Four Horsemen of the Apocalypse' in the silent era.

The film is a triumph of collective effort, a tribute to the artists and technicians working at Denham for London Films in 1940. Korda credited two other directors, Tim Whelen and Ludwig Berger, and at least three others did un-credited work, including his brother Zoltan. Charles Crichton edited the film, and he would go on to a significant career as a director himself at Ealing. The war interrupted the filming of 'The Thief of Bagdad', and Korda had to finish the production in Hollywood, an appropriate location to bring to fruition his dream factory epic. 'The Thief of Bagdad' remains the high water mark of his achievements; it is a timeless classic, a delightful cinematic confection and a treat for children of all ages. 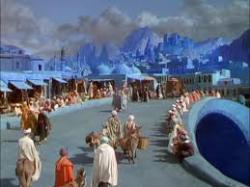 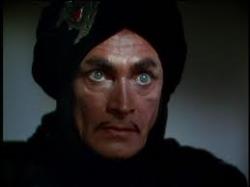 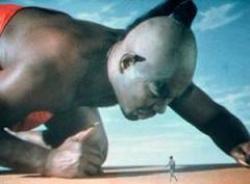 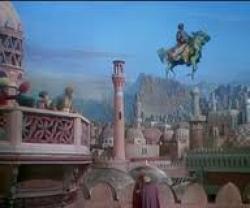 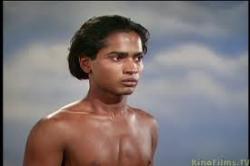