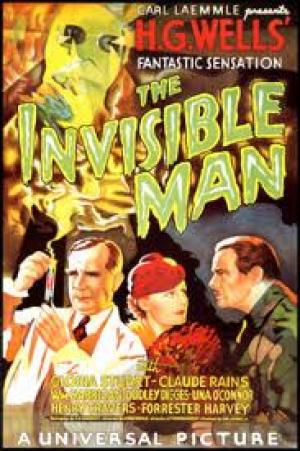 Wells' Whale of a tale

"Often we'd secretly like to do the very things we discipline ourselves against. Isn't that true? Well, here in the movies I can be as mean, as wicked as I want to - and all without hurting anybody." ~ Claude Rains

In trying to avoid doing a follow up to the monster hit (in every way) that Frankenstein  represented, James Whale convinced Universal to proceed with the adaptation of H.G.Wells' novel The Invisible Man.  The adapting was problematic, several house writers, including Preston Sturges, had attempted treatments before Whale realised H.G. Wells himself had script approval and he urged a treatment from his friend the playwright R.C. Sheriff (Journey's End)  that mirrored the novel as much as possible. The result was a version close to the novel, but with a love interest added (this being Hollywood) in the shape of a fiancée, Flora. Wells approved and Boris Karloff was cast as the central character but he quickly withdrew citing concerns about the lack of screen time where he would be seen, as Griffen's face is only seen fleetingly at the end. Whale cast little known English actor Claude Rains, who'd followed the trend by heading west after the coming of sound pictures brought an exponential increase in the demand for actors with good speaking voices. Plummy tones and an avalanche of Brits followed as a result, and for Claude Rains the beginning of a beautiful friendship.

Dr Griffin appears as an anonymous traveller on a winter's night at the Inn of a small village, and takes a room. He's rude and brusque and makes an impression on the assorted locals as someone on the run, or a criminal hiding out. The innkeeper's wife Mrs Hall (Una O'Connor) has an argument after Griffen had been there for a time, conducting experiments in chemistry in his room, and demands he leaves, only to have Griffen fight with her husband. The police are called and the megalomaniacal Griffen shows the astonished locals the full extent of his difference. Griffen goes to the house of his colleague Dr Kemp, and threatens him unless he joins his mad plan to dominate the world. Kemp calls Griffen's fiancée Flora (Gloria Stuart), and she tries to talk sense to him, but the drugs have him too addled to respond reasonably and he embarks on a series of crimes.

Wells' story was published at a time when anarchists in Europe were rife, bomb throwing Molotov cocktail types hell bent on railing against the capitalist and imperialist systems. In Griffen he may have created the ultimate and scariest outsider that organised society would have to deal with, an invisible menace, and like an idea it's hard to combat. Wells was a socialist and also a satirist, his novels having both breadth and richness of innovative ideas and social context, and some of this subtext and resonance are lost in the film adaptation, where depression era audiences were simply hungry for pure escapism.

Griffen is "Meddling in things men should leave alone",   but in his attempt to concoct a portion of invisibility his including the drug "monocaine"  has inadvertently compromised his sanity, thereby giving him his just punishment for 'playing God'.  The 'mad' scientist became a cliché and in large part it was due to the great success Wells had with his writing, if not giving birth to science fiction he became its first great superstar. Whale knew that to match the writing he needed special effects that were cutting edge, and to witness what the technicians came up with is still beguiling and startling, even to see them from the perspective of the early 21st century they are entrancing, crucially, Whale uses the effects to supplement the story, not as a replacement for lack of one so common now in a CGI age.  A lesson many a modern director could do with taking.

Claude Rains went on to a successful career for several decades, and to screen legend status with Casablanca,  finding great roles through to Lawrence of Arabia  for David Lean, but his voice was never better used and his mellifluous tones are particularly acid when he's howling "An invisible man can rule the world... he can rob and rape and kill",  (this was a pre-code film). Ironically Rains had grown up with a thick Cockney accent and a speech impediment, and only at his acting school did he take elocution lessons to 'correct' his accent and cure his impediment, in the process creating a distinctive voice that audiences came to love. That his first film almost entirely relied on his vocal acting is a sweet note upon which to start his glittering screen career.

Hollywood blunted the ending by having him say to Flora, "I wanted to find a way back to you",  before he dies, but the pure nastiness of the character for much of the film is bracing and unexpected from a film of that era. The support cast is mostly solid and worthy, O'Connor is let loose to great comic effect and Capra's angel is there in Henry Travers, as are a couple of un-credited spots from two Hollywood greats, John Carradine and Walter Brennan. Also Gloria Stuart, best known to modern audiences as the elderly Rose in Cameron's Titanic  in 1997, remarkably she lived to be 100 years old.

Whale called upon his usual cinematographer, Arthur Edeson, who had shot Frankenstein  so superbly and who would go on to create a model for Film Noir  with The Maltese Falcon  (and movie immortality also with Casablanca) to give the film its stylish look in gorgeous black and white tones. R.C. Sheriff , lured to Hollywood when Whale got the job to direct the film of his hit play Journey's End  would go on to adapt the superb Carol Reed film Odd Man Out  amongst several other fine screen efforts. Whale himself was nearer the end of his golden run at Universal than he knew, as Junior Laemmle's profligacy in spending so much money and not getting a return soon moved the East Coast investors to move in and shut the Laemmle control out, and Whale lost his protector and biggest supporter. The final straw for the money men was Whale's last big budget film, Show Boat,  now regarded as a classic. That's showbiz.

The Invisible Man  is a tribute to what the studio system could achieve, an intelligent and witty idea, beautifully realised at every level. The new Blu Ray edition is a stunning way to see it and its fantastic effects. Highly recommended. 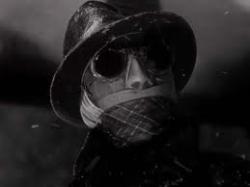 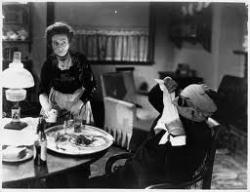 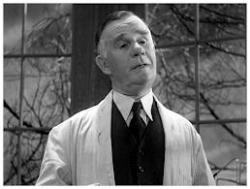 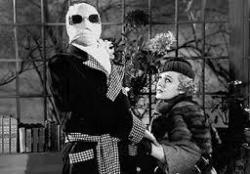 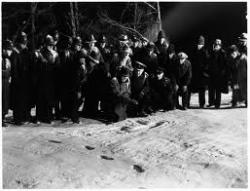