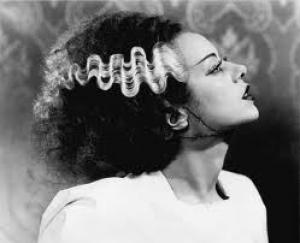 Universal had sensibly deleted the ending where the monster dies in the original film, the massive 1931 hit Frankenstein,  sensing a sequel would be financially advantageous.  Director James Whale was then pressured into doing a sequel by the studio, and initially staved them off by convincing them to do the structurally identical The Invisible Man  instead. Studio head Carl Laemmle Jnr eventually convinced Whale to revisit the property and Bride of Frankenstein  was to be his last horror film and, as one of the more remarkable films Universal produced at the time and it would eventually eclipse the original in critical acclaim and become to be regarded as Whale's masterpiece. Whale had cast an old friend from his days on the British stage in Charles Laughton in his The Old Dark House  and called upon Laughton's wife, English actress Elsa Lanchester in this film to play both Mary Shelley and the Bride. Whale signed on Franz Waxman to memorably score the film, his first Hollywood project after fleeing the Nazi's in Germany, and he would go on to earn 12 Academy Award nominations and win twice for Best Score.

In a huge country mansion Mary Shelley is being castigated gently by her friend Lord Byron about her devilish literary creation Frankenstein, as the 1818 novel had become a Georgian era literary sensation. Lord Byron is astounded that something so dark could emanate from such a "pretty mind", contrasting the delicate woman with the horror of her creation.  Mary proceeds to tell him and her husband Percy Shelley that there is more to the tale. This delightful opening prelude opens out in Mary's imagination to the events at the end of Frankenstein,  and it's clear the monster survives the mill fire. Dr Henry Frankenstein (Colin Clive) is thought dead, but upon delivery to his fiancée Elizabeth (Valerie Hobson) he shows signs of life and is nursed back to health. Dr Pretorious (Ernest Thesiger) comes to visit and coaxes Henry to his lab to show him a range of miniature humans he's created and to ask Henry's help to create a mate for his monster. Henry resists at first but soon Pretorious has the monster's help and when Elizabeth is taken by the monster he has no choice but to assist. Henry then gets caught up in the excitement of creating life, as he did with the monster the first time, as Pretorious animates the flesh of the Bride via Henry's lighting rod method. The Bride hisses to life as Henry realises what he's done.

Whale injects more humour into the sequel than he applied to the original, but still managed to evoke a pathos in a monster that grasps at a humanity he instinctively seeks but continues to be denied him by an uncomprehending society. Karloff again makes the monster alive with nuance and depth, hinting at feelings and conflicts that belie its grotesque appearance, in this he anticipates David Lynch's The Elephant Man  by 50 years. Whale distils the essence of the film into the very human fact that we are social creatures of community and need companionship, "Alone bad, friend good"  are amongst the first words the monster learns. The collective denial of any of the monsters humanity is a classic lesson in the dangers of mob rule, fear of the 'other' and a reactionary response to crush a perceived threat is a subject Whale could have written a thesis on as a gay man in the early part of the 20th century. Some theorists say it directly informed his work but those close to him deny it vociferously, I'd guess it would at least be a subliminal influence given the themes.

The film taps in to deep mythology, some of it Christian, from a perverse approximation of the Adam and Eve myth to the 'crucifixion' of the misunderstood and persecuted figure that the monster represents. At one point Whale has him stumble into a large cross with Jesus on it in a graveyard, the monsters embrace of the statue proved too much for the censors and the scene was cut. The sexualisation of the monster was also a way to exploit a prurient interest in an era when sexuality on film was a coded and delicate matter. Pretorious plays a lascivious and macabre matchmaker and enlists the monster in the task, its nascent instincts suggesting man's base animal nature in conflict with the 'divine' or idealised idea of love/sex. The Bride presented to the monster in a faux wedding dress is the icing on this quite perverse cake.

Jack Pierce again worked his make up magic on the monster's look, transforming Karloff in a slightly different way to account for the fire. Pierce constructed the look of most of Universal's iconic monster's and according to Elsa Lanchester was something of a monster himself, regardless, her Nefertiti inspired Bride look is equally as striking and an immediately recognisable image in all of cinema. The sets are a triumph of wit and skill, Whale suggestively framing the monster in an elysian idyll to begin his journey to human connection, and then moves to a stripped bare forest resembling a cage as the mob proceeds to deny it. The special effects are first rate, especially Pretorious' little creations, the homunculi, and the final set where the Bride is animated is also stunning in its detail. Whale has the most fun with his arch villain, the acidic and quite camp Pretorious, whose sardonic characterisation by Thesiger is a high point in the entire cycle.

The film was another massive hit for Whale, who went on to make his dream project for Universal in The Road Back,  a follow up to All Quiet on the Western Front  with a screenplay by his friend R.C.Sheriff, who scripted The Invisible Man  for him in 1933. Whale's great patron, Carl Laemmle Jnr  found himself in trouble with the East Coast financiers due to his big spending and poor return on other projects and was leveraged out and Charles Rogers took control, condemning Whale to B pictures after he tried and failed to break his contract. Whale ended up committing suicide in later years, and his story is well told in the film Gods and Monsters,  starring Ian MacKellan as Whale, directed by Bill Condon. The Bride of Frankenstein  remains a big part of his legacy, and thankfully can now be seen in its pristine artistic glory thanks to the beautiful new Blu ray release. Essential viewing. 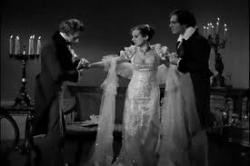 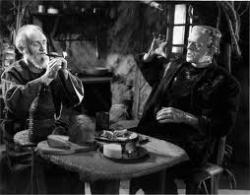 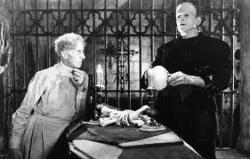 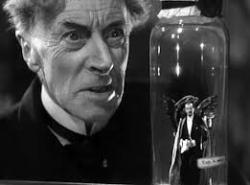