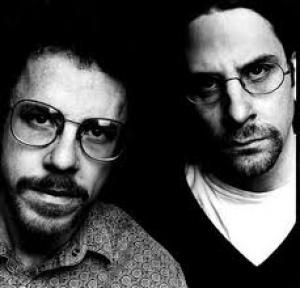 Minnesota natives and possibly the ultimate in movie geek-dom, the Coen's have carved a paradoxical and singular niche for themselves as both serious filmmakers and makers of films that shouldn't be taken seriously. They continually undercut any level of intellectual engagement with quirky and curious choices, but end up providing films that are actually intellectually and emotionally satisfying. That's some party trick.

Their debut marked them as a team to watch, the brilliant and self-contained, mistaken identity chase film, Blood Simple,  one ofthe finest film noir's of the late twentieth century.  Joel directed the debut but the brothers eventually settled on a co-directorial and writing credit for all their work after 2004, but for the first 20 years of the partnership Joel functioned as the 'on the ground' director. They moved to a broader comedy with the anarchic Raising Arizona,  and then showed their ability to avert creative trouble by turning an episode of writer's block while constructing their period gangster film Miller's Crossing,  into a great piece on the Hollywood studio system in Barton Fink.  Their reputation assured they created their strongest film of the '90's in Fargo,  an evocation of their home state and it met with both Oscar and commercial success. The confidence from that effort flowed into the quirky The Big Lebowski  and the wonderful O Brother, Where Art Thou?,  before creative steam evaporated in the early naughties.

After several years of odd and mediocre output post O Brother,  the pair returned with a vengeance with the remarkable country noir of No Country For Old Men,  before knocking it out of the park with their seminal re-make of Hathaway's True Grit.  That fine film indicated that the brothers need not be the prime source of their own material and that their ear for the arcane, language wise, and their mastery of evocative visual styling is second to none in American cinema. Inside Llewyn Davis  , a mesmerising 'near' period piece, is a slightly broken and dirty window into the Greenwich Village music scene just prior to the "Great Folk Scare" of the early 1960's and marked a sweet reunion with T Bone Burnett.

For the moment the brothers appear more comfortable and assured with sourced material other than the self generated kind. Either way their name is synonymous with interesting and engaging cinema and their work always has something oblique and unique to offer.

The Man Who Wasn't There